Making the world a sweeter place, one spoonful of sugar at a time.

I remember when I was young(er) kid, I had a fascination with dinosaurs. I loved and still love dinosaurs. Back then I had a friend and we share the same interest with these pre-historic animals. We both had the same dino sticker book. We’d save some change from our lunch money so by the end of the school week, we can buy this packets of stickers. And then if we have the same/extra stickers that we had from before we would trade with each other.

We’ll sit down at the school grounds, while waiting for our nanny/parents to pick us up, comparing our sticker books. Who has the most. Who has the least. Who got the Tyrannosaurus Rex first. Who got the Diplodocus. The Triceratops. The Brachiosaurus.  I can still clearly remember those days. It was so much fun.

In the early 90’s, when the movie Jurassic Park came out, I was so excited and happy I just had to see it. It was like a dream come true. To see a Dinosaur moving in the big screen. It felt like I was there. I had a big smile on my face the whole time.

Last Sunday, the Mister and I went to our favourite American Diner here in Oslo for breakfast. And then we went for a walk at the Botanical Garden. When we passed by the Zoological Museum inside the park, I told him that I want to go inside.

We passed the Museum Shop, bought the tickets and went inside the building. There was a large hallway, a grand staircase lined with taxidermy heads of bisons, antelopes, deers and other animals. Before going up the stairs, there is a door on the left. I looked inside and this is what greeted me…

Tyrannosaurus Rex Bones (Skeleton)!!!! The ruler of them all!  The king of all Dinosaurs!!!

I stopped. My eyes wide open. My heart skipped a beat. And I almost jumped for joy. It’s there right in front of me. Looking at me. I felt like I was a kid again. I smiled and (silently) screamed to the Mister because of too much excitement. I can’t believe it. It was there. Out of my reach.

I was so happy. And the rest of the Museum tour I was just thinking of the dino skeleton in the middle of the exhibition.

Until now I still collect Dinosaur toys/figures. They make me smile. They make me happy. And sometimes they inspire me. I have been using them for a long time now for my cake designs. And it gives an extra character to the cakes or a table scape.

Here’s a cake I made for a tv shoot we did this early summer. The idea was a terrarium. But I think it looked better with dinosaurs on top of the cake. It adds a little charm and interest to the design. 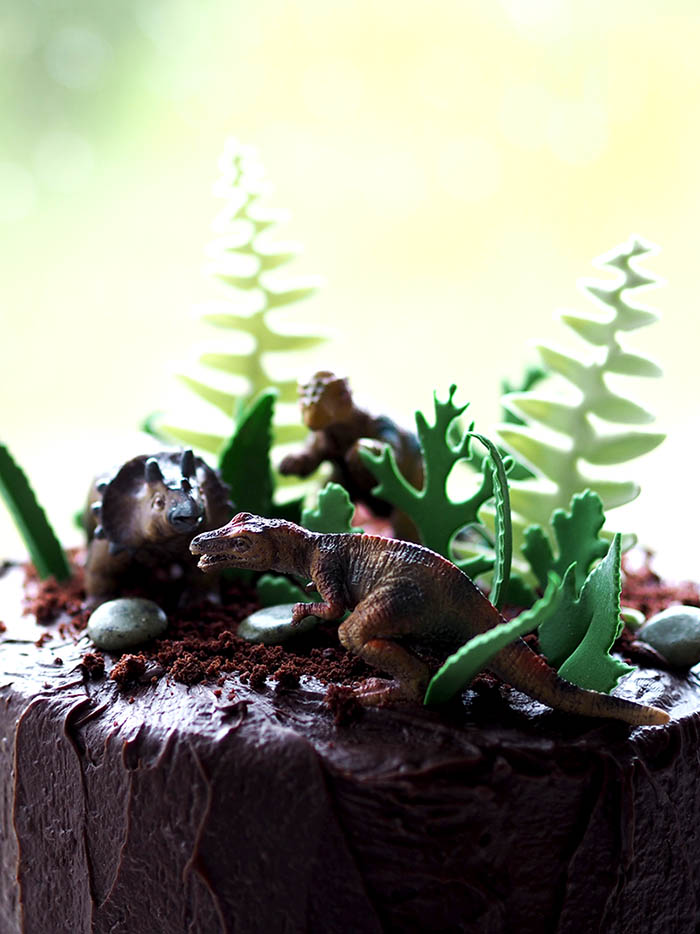 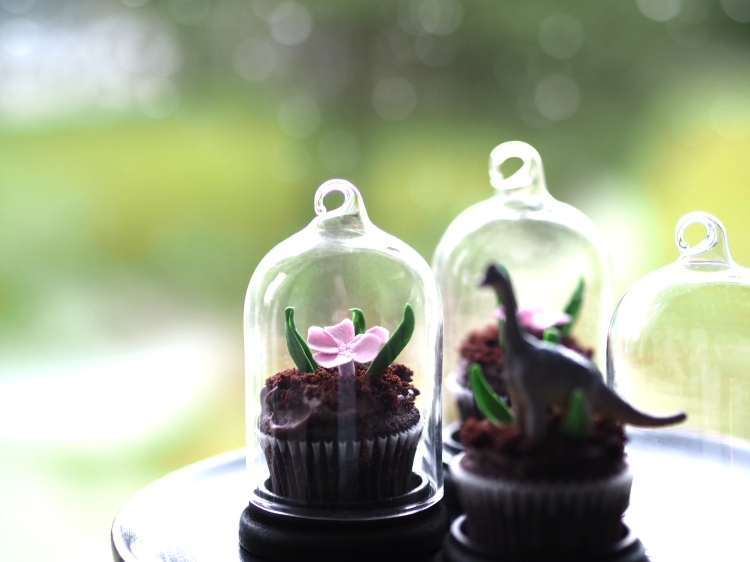 Below is a sample of a cake I made with a cheerful pink Dinosaur.

This photo is taken by Jon Maximilian Sandbu for a styled wedding shoot we did.

I still think Dinosaurs rule. They’re so much fun!

2 thoughts on “When Dinosaurs Rule!!!”